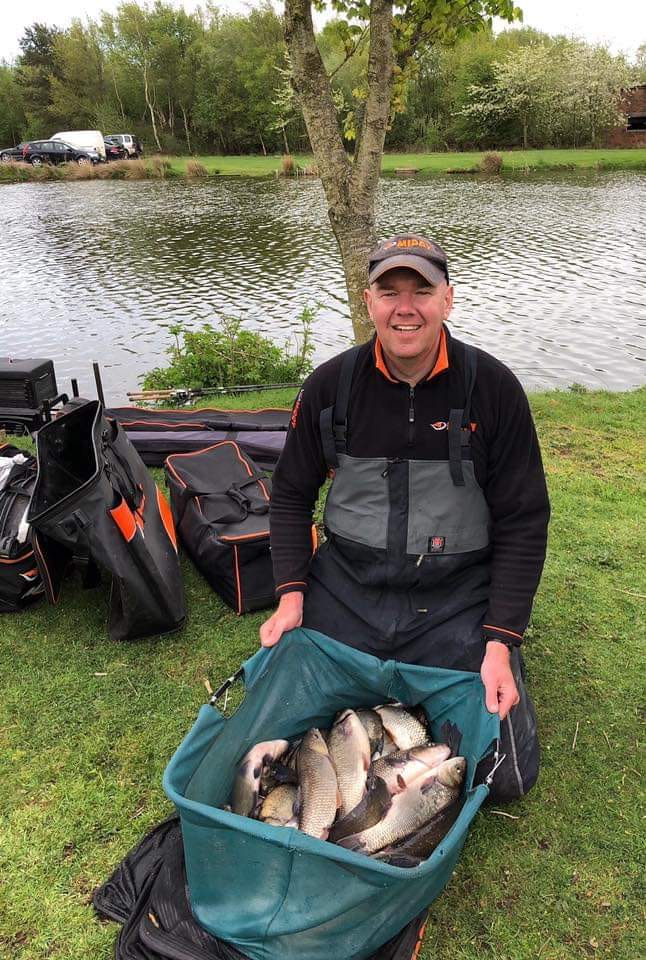 The Cafe will be open Friday, Saturday & Sunday each week
This match will be limited to the first registered 18 anglers

Anglers fishing this match are: 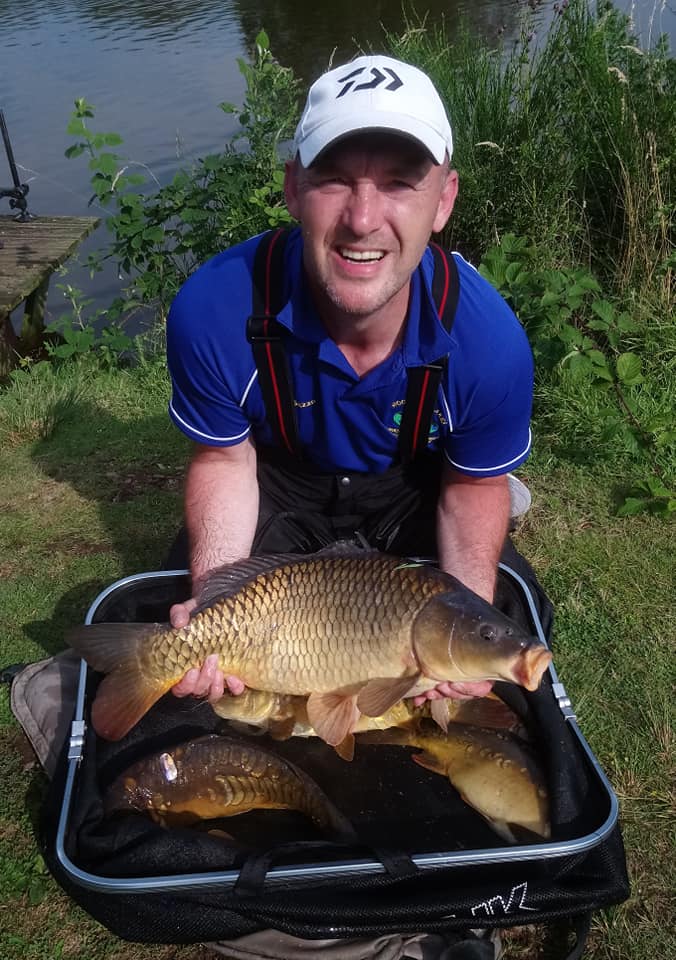 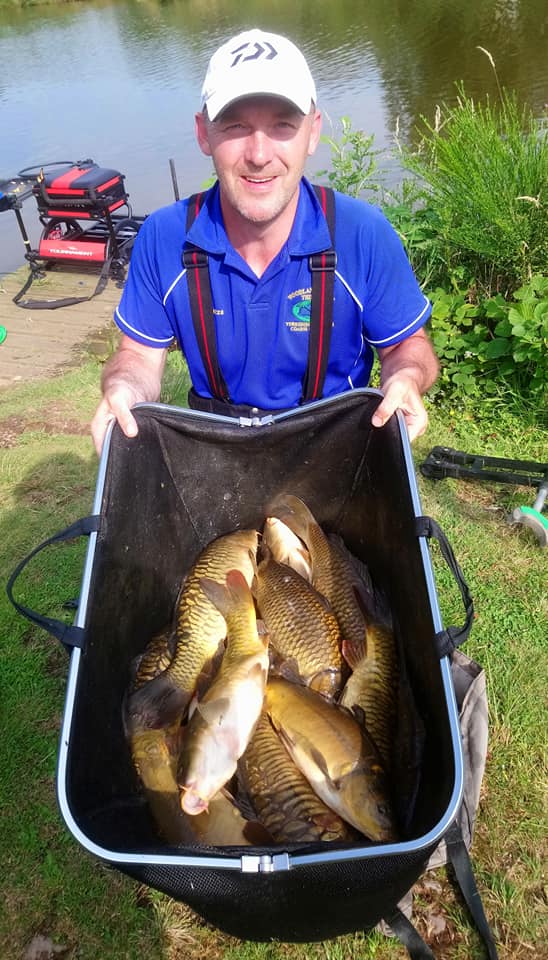 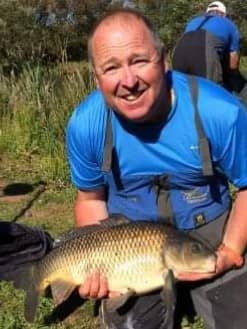 A scorcher of a day at the fishery today, bright 🔆 sunshine and flat calm conditions at the start of the match, with a gusty breeze second half.
The bright conditions, combined with a whole 24hrs of heavy rain yesterday, have made the fishing a little more challenging today, but everyone caught fish, with a few very respectable weights up and down the lake. 😁
Gary Black drew hot end peg 32 and made the most of it too by winning the match relatively comfortably catching carp on a variety of methods, with a very good run of fish in the margin late on. Gary’s net also included a lovely big 15lb Common Carp… Which helped him to his 83lb 6oz winning net.!
Second in section was Rosen Arsov who fished the method feeder all day on peg 38, catching 76lb 10oz of carp.
Barry Young put 57lbs 8ox on the scales for 3rd overall, a nice mix of ide on the pole / maggots, and a few late carp on the method feeder.
In section 2 it was another very close one… But the pegs below the tree (. 42 – 47.) didn’t fish quite as well as the previous weeks.??!!
John Williamson came out on top with a nice net of ide caught on the pole / maggots, and a few carp on the method feeder from peg 43, weighing in 35lb 2oz.
Myles Watt was a very close second, again with a nice net of silvers on pole and a few carp… Weighing in 34lb 12oz… Only 6oz behind John… A late lost carp proving costly.!
Third place belonged to Craig Henderson… Again not far off the pace with a net of silvers and two small carp for 30lb 8oz.
Well done guys on a day where conditions were far from ideal. 😁.!! 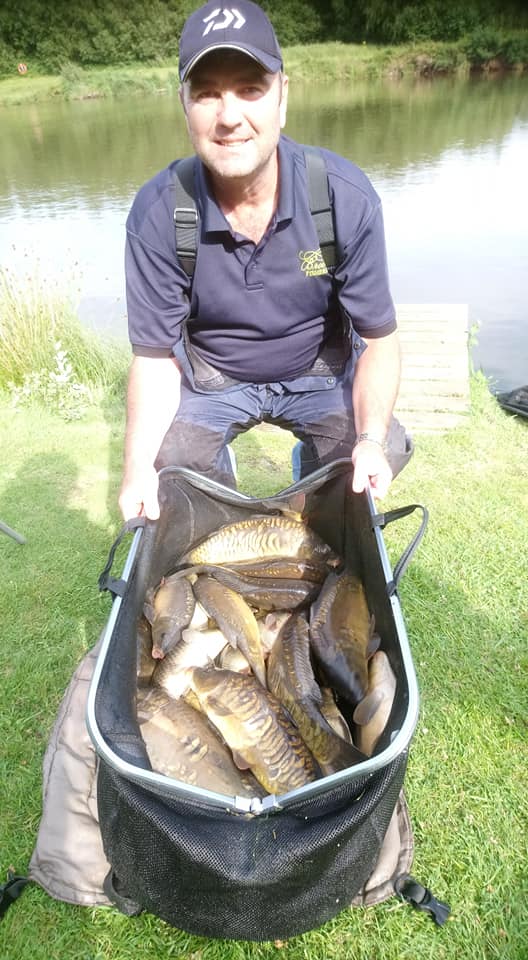 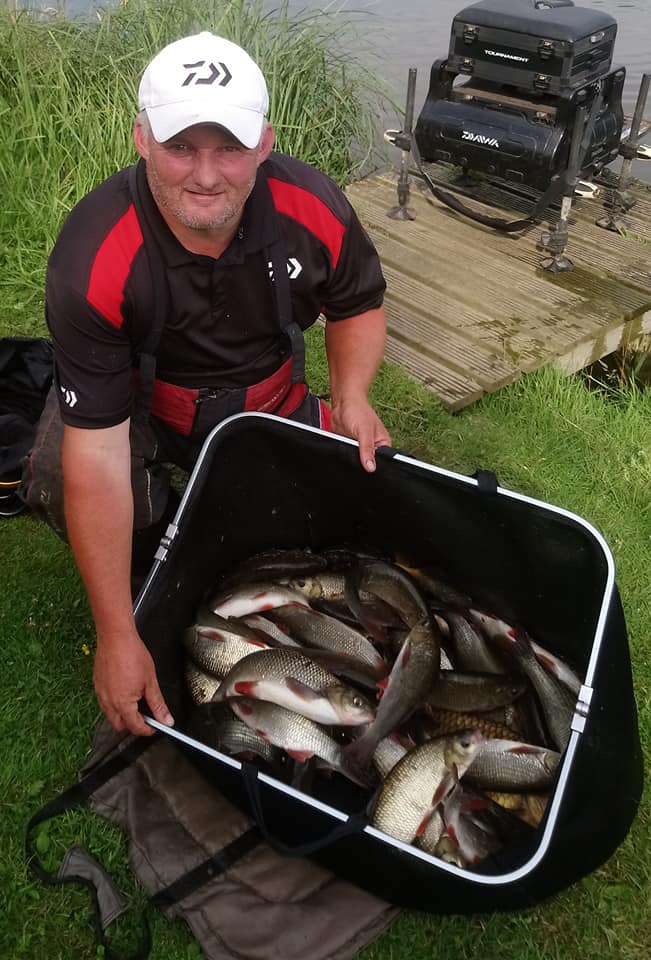