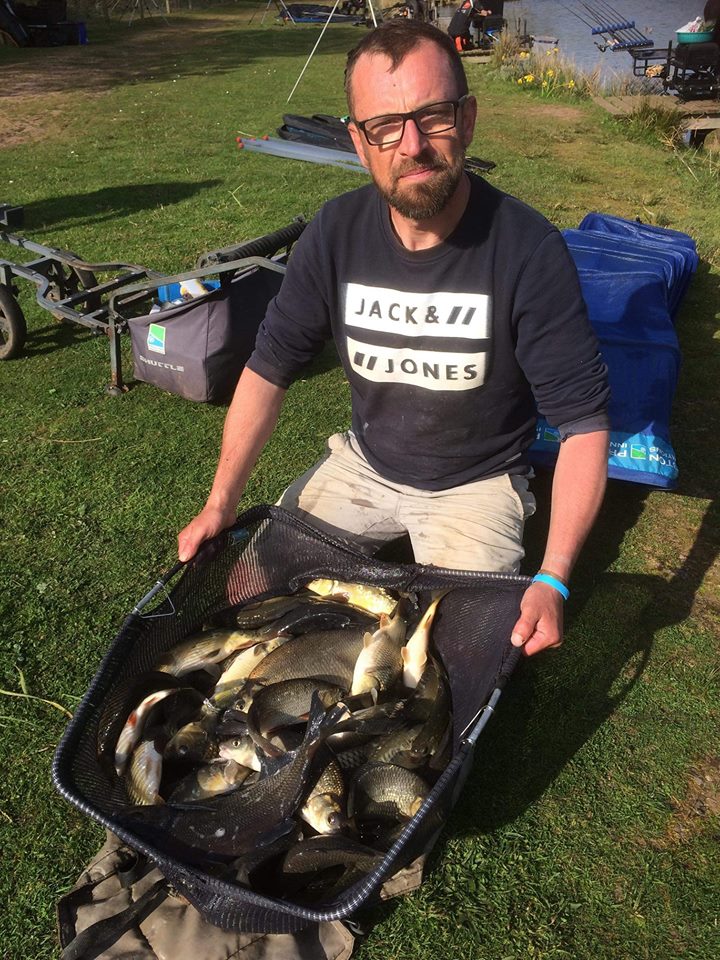 The Cafe will be open Friday, Saturday & Sunday each week
Anglers fishing this match are: 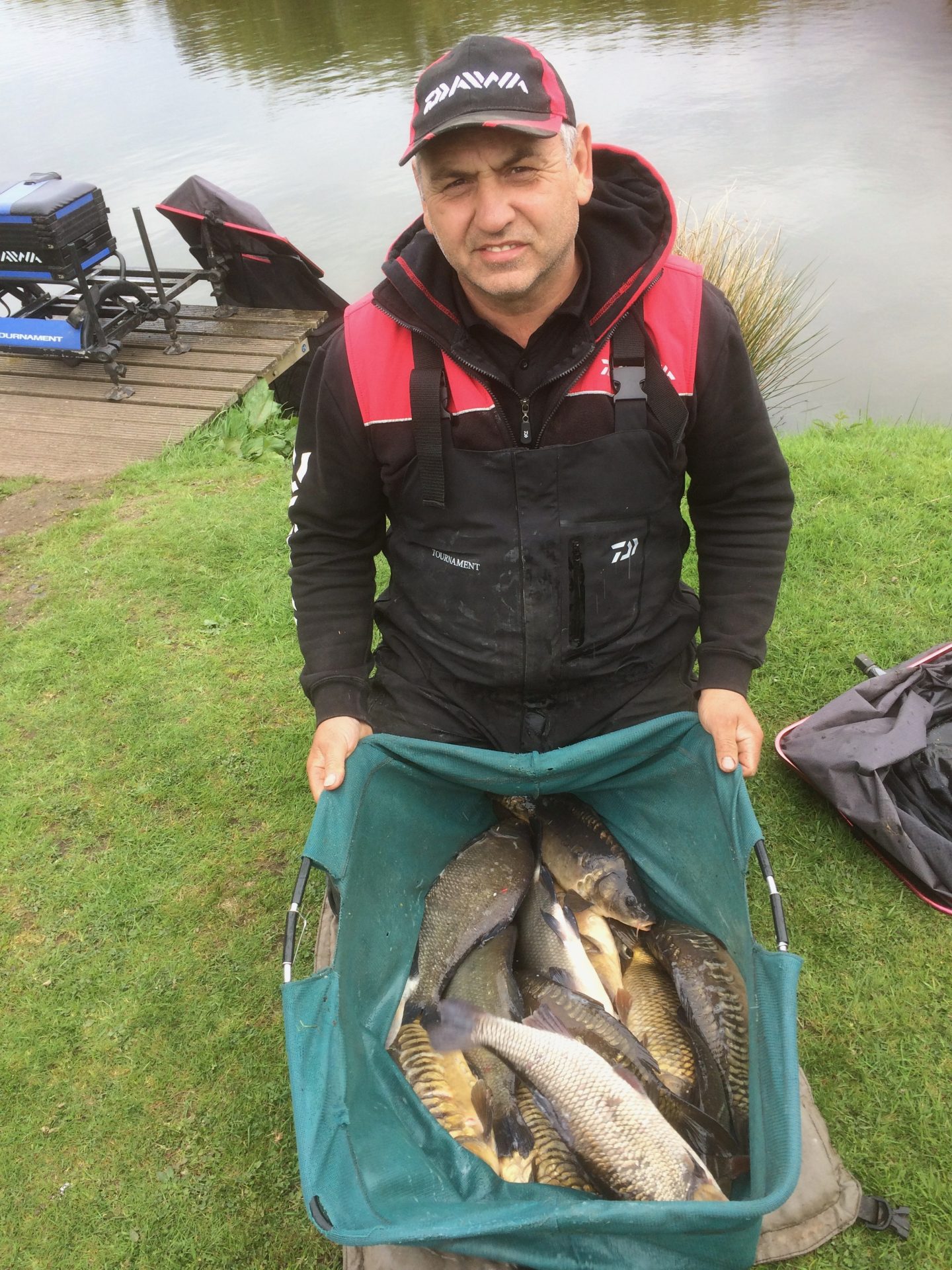 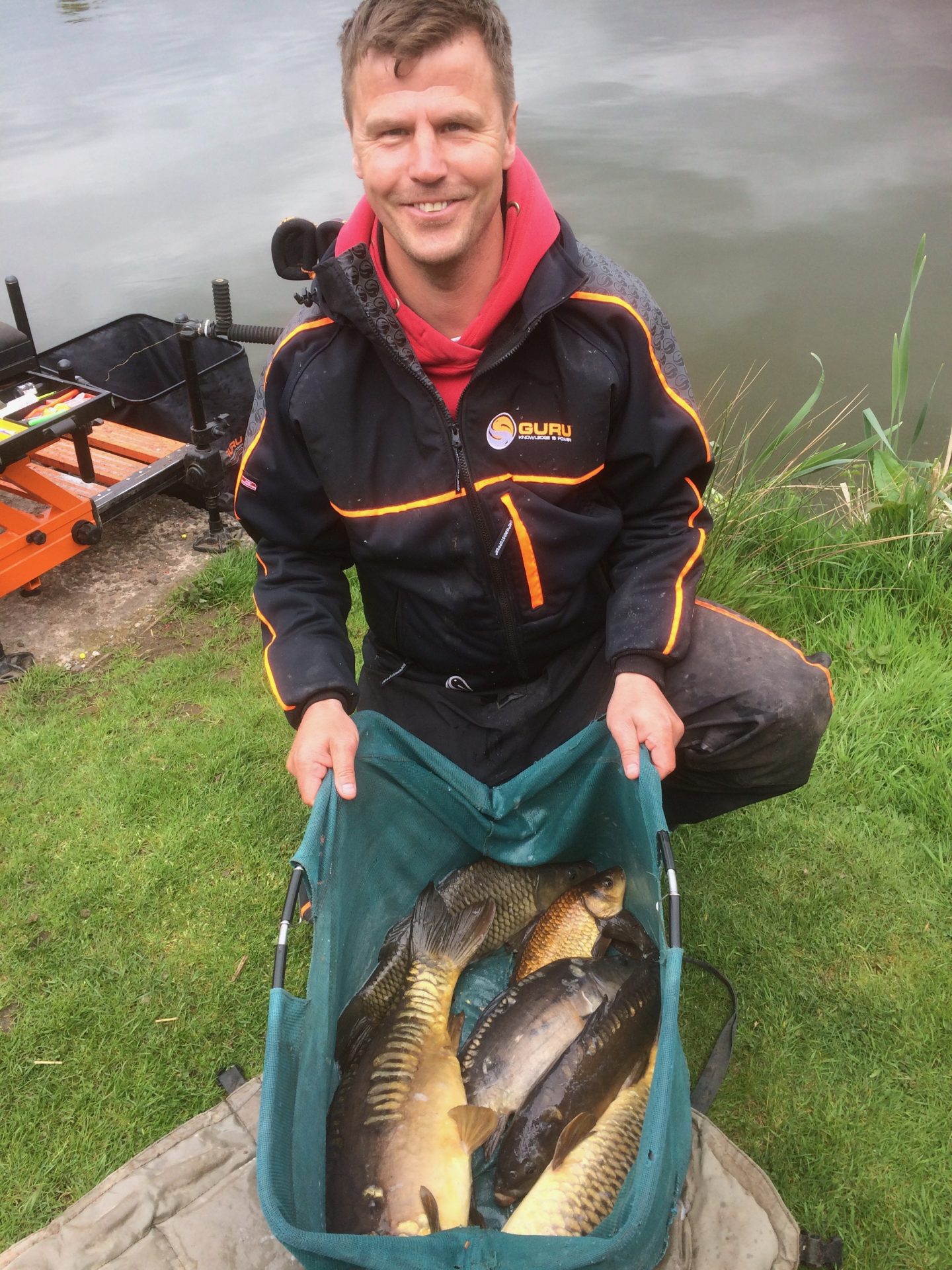 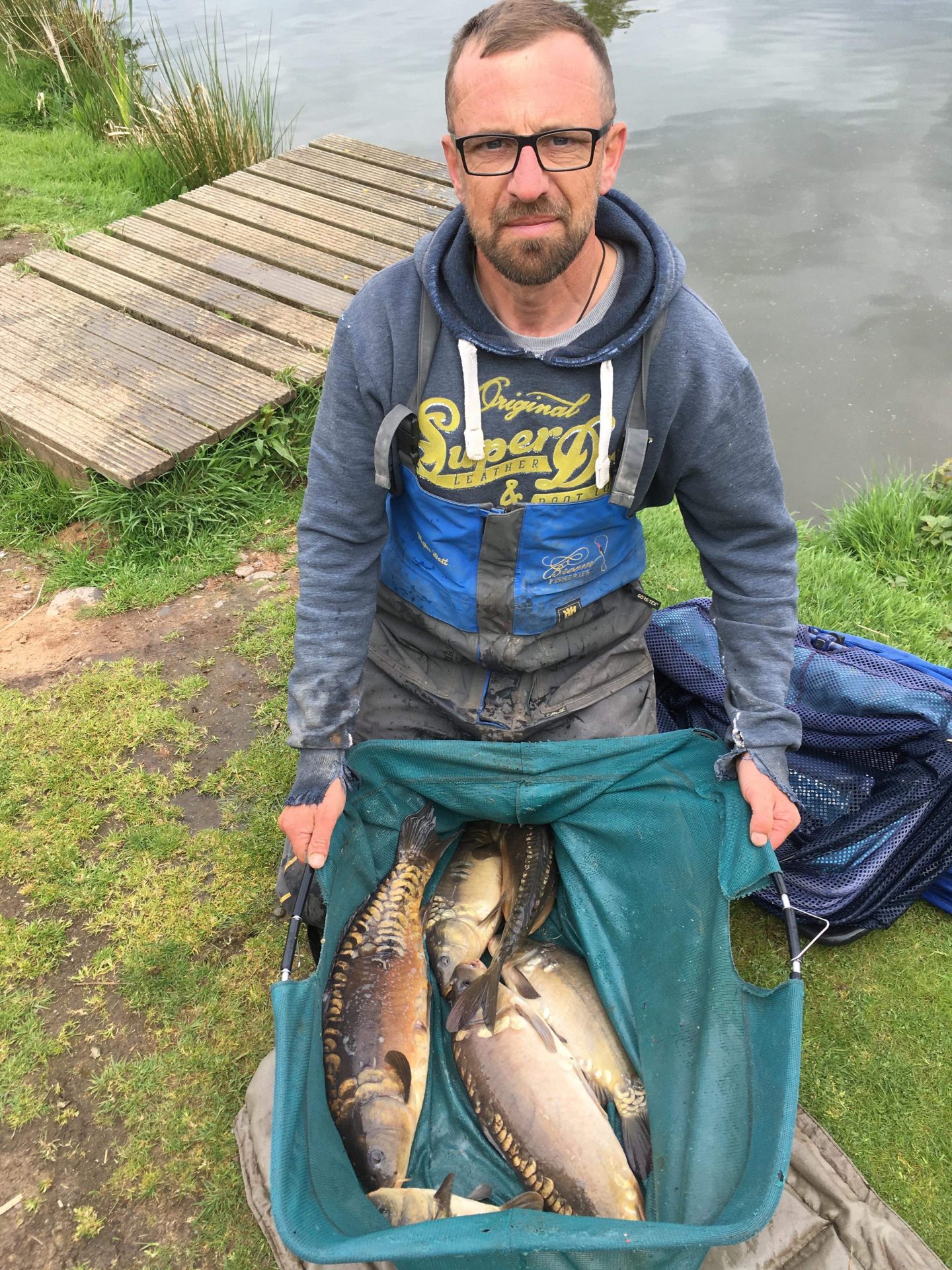 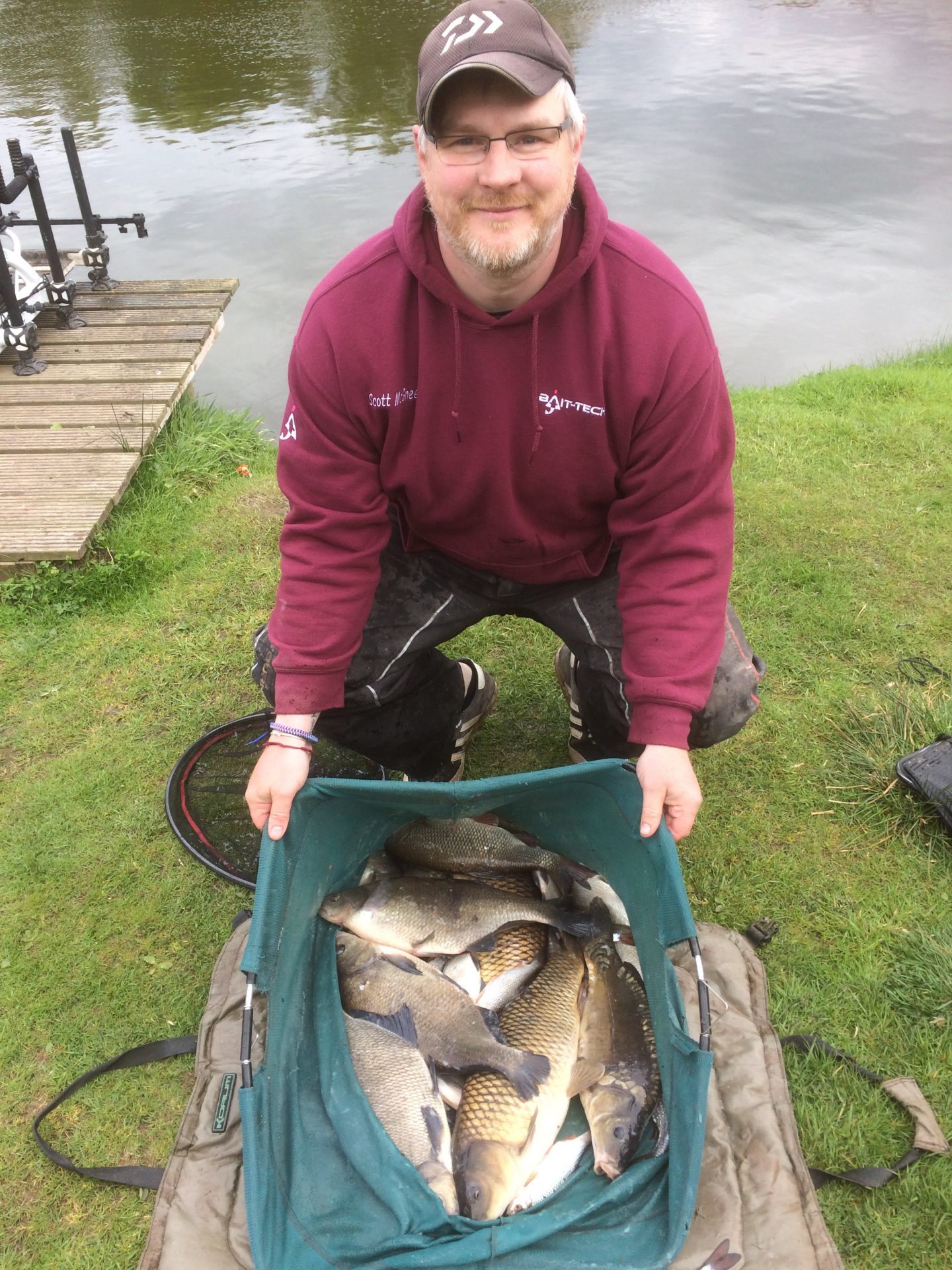 The weather started off warm and sunny but the temperature did drop slightly many of us having to pop the fleece back on. Fortunately no rain today, one minute there was a slight breeze then flat calm.

14 anglers fished today, so 2 sections of 7 almost a full lake only Peg 29 not fished. Who could have predicted that peg 16, 17 and 18 would be filled by 3 ex-servicemen. More on that later.

Nick Howe fished well to win section 1 from peg 16 with a good mixed bag, caught on both the feeder and pole. He weighed in a very respectable 55lb 6oz and was second overall. Myles Watt was second with another good bag from peg 20 tipping the scales at 37lb 5oz.

Section 2 was won by regular Ian Whitson who had a fantastic 72lb 8oz from peg 26. Second in the section was Scott McGhee with 35lb 12oz from peg 22.

Now we get down to the other competition. CSgt (Retd) Nick Howe British Army, FSgt (Retd) Mark Clow RAF and CPO (Retd) Nigel Foulds Royal Navy all fished in a row today and decided to put a pound bet on who was the best service.

As you can imagine there was quite a bit of what you could call military banter. For those of you that are unaware of what this means, there was a lot of pee taking.

Congratulations to Nick Howe on his winning weight of 55lb 6oz, second was myself with 32lb 2oz and unfortunately Nigel did not want to be humiliated in front of the other services and tipped back. However, to be fair Nigel and myself both completed our service and as such both have a pension so happy to part with a pound to keep Nock off the streets.