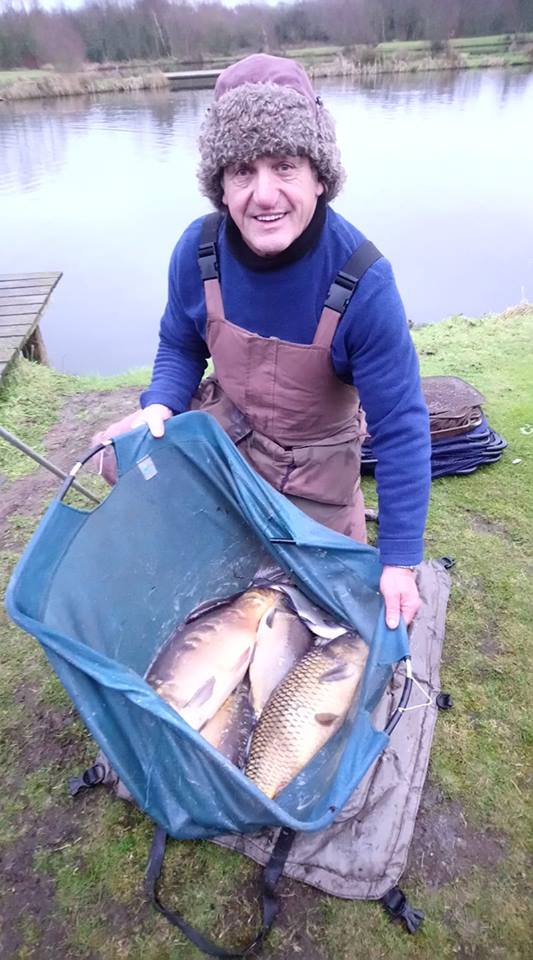 Well, where do we start today… How about the fishery being frozen solid, the ice a good 2 inches thick… And 6 mad anglers determined to fish no matter what.?!!
After 2 hours of dogged determination, the guys managed to clear 6 pegs out to about 7/8m.. The 5-kilo weight and chain did the trick but it was a slow process.!!
A dry start to the day didn’t last long with 2 hrs of heavy rain and a gusting wind just to add to the problems.!
However after settling down pegs 24 – 28 were soon catching small roach and gudgeon with bites fairly steady, anything bigger than 3 or 4oz was a bonus.!
Pegs 23 & 24 didn’t produce a single bite in the first 3 hours, with the guys even leaving their pegs to get a cup of hot soup from the shop and a warm up in front of the big space heater in the shed..!
Simon Heyes caught steadily from the off, with Steve Royle going toe to toe with him and it looked like a two horse race.
But anything can happen and things can quickly change in match fishing, and that’s exactly what happened today.
Barry Young, one of the two who’d ventured off for a warm-up ventured back to his peg with an hour and a half to go and low and behold the fish had turned up. With a bit of catching up to do, he had a nice run of roach with one around 1lb, 6 very small skimmers, 2 small ide, a couple of perch, and with 10 mins to go a 3lb bream.!! There were a few groans down the line when it was netted as the guys were running a £6 side bet for a laugh for the biggest fish.!
At the weigh-in, Barry weighed in 10lb 4oz to win the match.
It would soon become apparent how important that 3lb bream was… As both Steve Royle and Simon Heyes both weighed in 7lbs 12oz to be tied in 2nd place. Both had a very busy day on small roach and gudgeon catching between 70 & 100 fish each.!!
Surprisingly despite the conditions, everyone had a decent day, and although it was mainly smaller fish… It kept them all busy throughout the match.!
Great effort in tough conditions.. And there’s one thing for sure… The Broom regulars are certainly made of sterner stuff. 😁 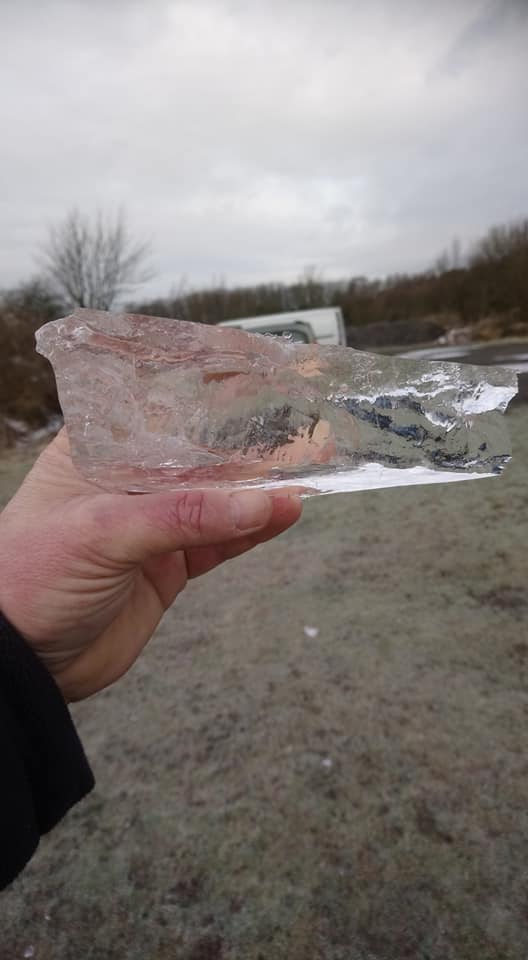 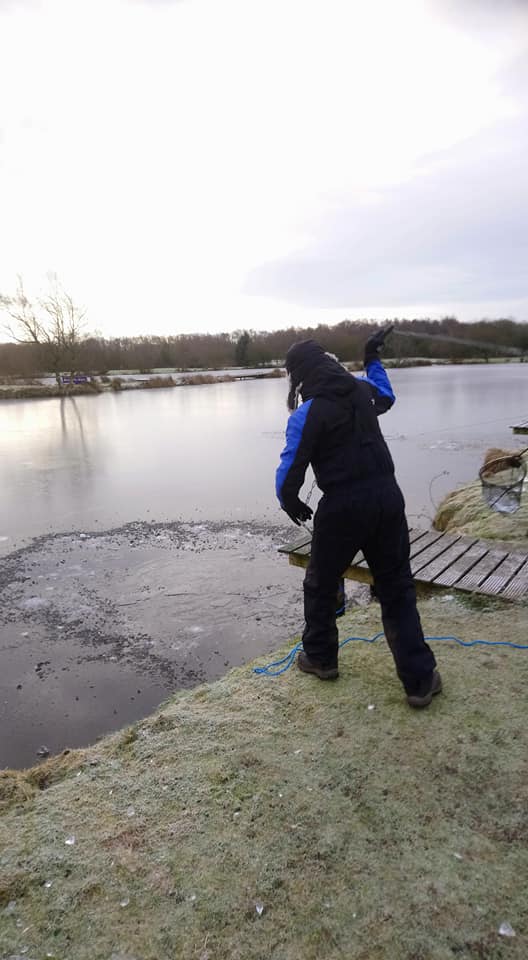 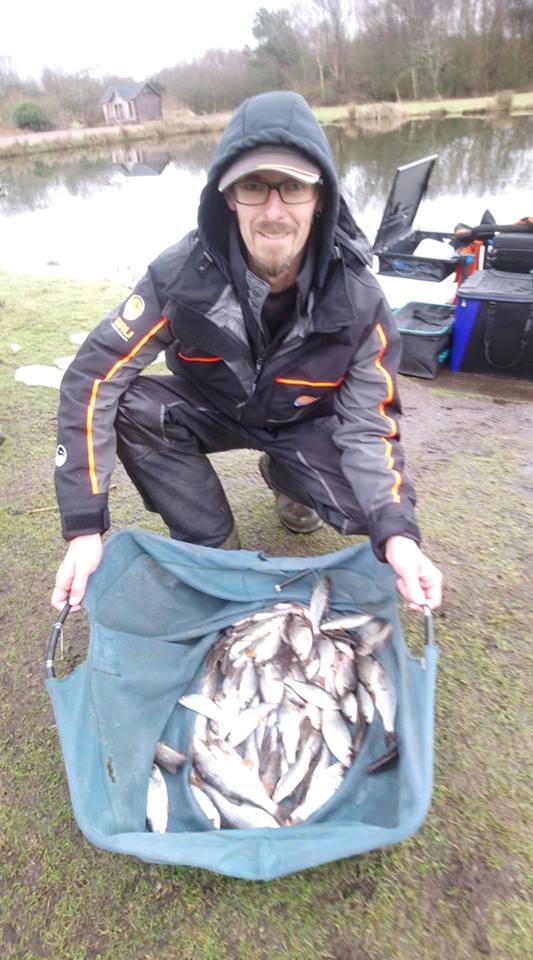 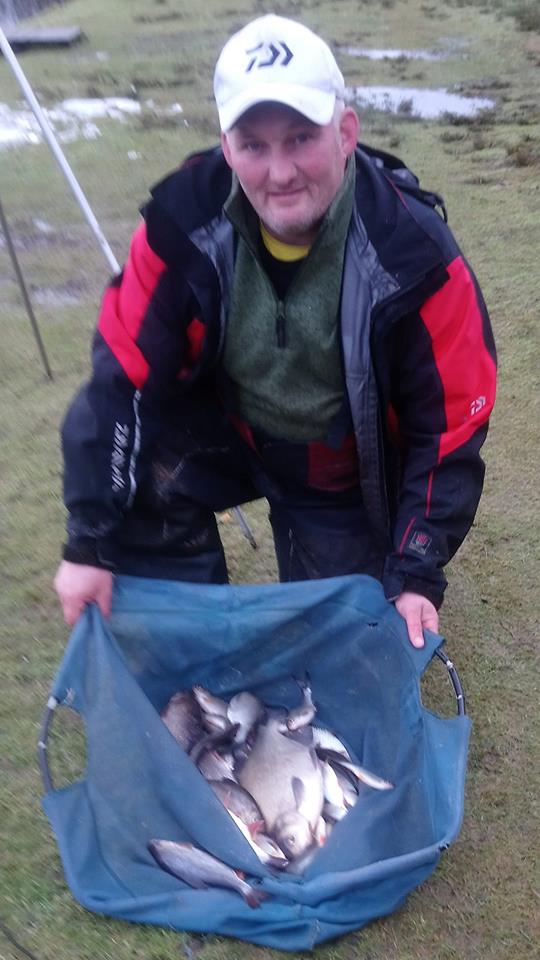